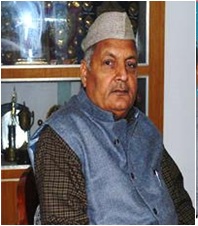 AICCEDS under the provisions of its Act established the office of the Proctor. The office is headed by the Proctor which is a statutory position. The Proctor's office was primarily established to maintain law and order in the University and to act as liaison between university and district administration. However, with the ever expanding university campus, and the burgeoning students population, the responsibilities of the office of the Proctor has broadened to include all security concerns of the university. The Proctor is appointed by the Executive Council from amongst the teachers of the AICCEDS not below the rank of a Reader/Associate Professor on the recommendation of the Director and exercises such powers and performs such duties in respect of the maintenance of Law and Order in the University as are assigned to him by the Founder Manager. The Proctor holds office for a term of 1 years.

Quickly Find What You Are Looking For